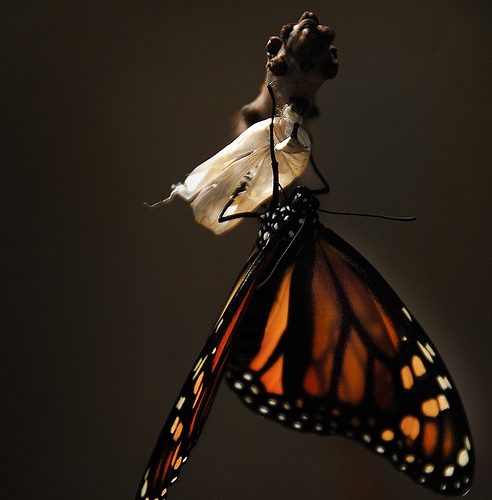 The monarchs were passing through, as they did every year, an intergenerational parade of orange and black, cascading down the coast and then tumbling back up. One rested on the sill of the open window to the boy’s room, as if to catch its breath, unaware that it was interrupting a conversation.

“They’re like shards of stained glass, aren’t they?” the boy asked from his bed.

“I wouldn’t know.” The man shifted his weight as he stood between the door and the bed.

“I can imagine it, though,” the man said. “Just because you say I wouldn’t know doesn’t mean I can’t imagine it.”

“Same thing with that,” the boy said and looked at the crucifix on the wall. “So desperate to imagine the unimaginable that you clothe it in skin, just to nail it.”

“Do you think Jesus was on the Daniel Plan? Or Paleo? I mean, check out those abs. Don’t you want him to—”

“You started this,” the boy said. “I was having fun. I was minding my own business.”

The man held his book in front of him, a fig leaf made of stories and commandments. “Well, this is my business, too.”

The butterfly shuddered and lifted from the sill, forlorn as bright litter caught in a gust, but with intention.

“The ones that begin the trip aren’t the same ones finishing it,” the boy said. “They fly as far as they can and then they mate and lay eggs that grow up to be caterpillars, which can only feed on milkweed.”

“When they have had their fill, they form a chrysalis.”

“The power of Christ compels you.”

Photo by Kei Rothblack on Pixabay 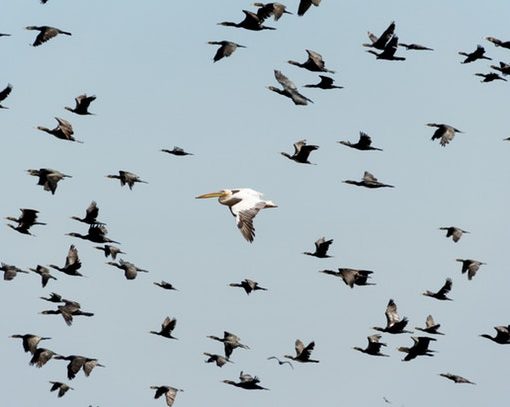 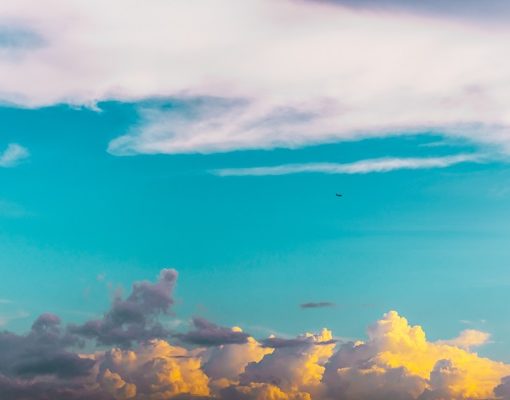 My hands were sweaty. I opened my palms outward, standing like an anatomy chart and letting the ocean breeze evaporate my fear. […]